The Pay Gap Myths - Clever Answers For Those Who Doubt It Exists! 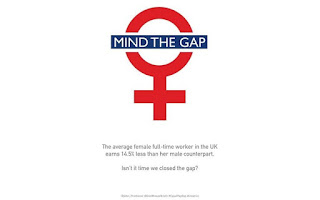 So, there has been a real hullabaloo about the BBC and their curious way of paying women far less than men. As soon as we women get lippy about it you can guarantee that there are people who love peddling myths as to why it is okay to pay women differently! Some even like to throw in inexcusable racism whilst they are at it! Sunday Times Sack Journalist Over Racist/Sexist Pay Gap Article. How much longer do you think the Editor will last?!


To help you get through any argument you may encounter over coffee or a bottle of something fresh and fruity, I have compiled a list of commonly peddled myths/pathetic arguments and some great answers for you! I have kept it clean although to be honest it would be easier to just laugh at them and call them a co**womble! But, as we are intelligent women we won’t stoop to such levels!
Before you get reading let me just say I don't hate men at all, it's the system and culture that riles me!


Before I leap in…...I thought it took two to tango! If this argument stacks up and women could earn more money than men, men would have to have babies and stay at home. How long would it be until humans became extinct?! 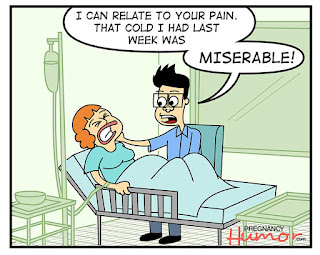 Proper reply: This really gets my goat. It has only been in the last 2 ½ years that shared parental leave has existed! Before this only woman were entitled to any leave after giving birth. Huge choice there huh?! https://www.moneyadviceservice.org.uk/en/articles/childcare-costs#how-much-does-childcare-cost


Given the extraordinary high costs of childcare which in London is around £14,000 per year and £12,000 in the rest of the UK for full time child care for one child under 2, there isn’t a huge amount of choice here. To pay these costs you will need to earn at least £20,000. How many men do you know who have leapt at the chance to stay at home raising children? There are some, granted, but the majority don’t rush to offer!


Women who are aged 22 – 29 have been found to earn more money than men of the same age by around £1000 per annum. However, once a woman hits her 30s it’s all downhill from then on. That just doesn’t cover basic salary but also bonuses. Interestingly a study by the Press Association discovered that teenage girls earn less than teenage boys. Girls saw a 26.4% pay drop and boys just 1% over a period of 6 years!


Men work longer hours than women so they deserve more!


Ha-ha! Put this in your pipe and smoke it!........the gender pay gap is calculated by looking at hourly rates of pay!


And here’s another! …... If the figures were calculated using annual salaries, then the pay gap would rise to 31% throughout the EU! Tell them ever so politely to “zip it”!


Men are better at the job so that’s why they get paid more.


Oh Lordy! More to the point it seems to be a habit to pay men more rather than based upon merit and ability. An American study showed that boys are 15% more likely to be paid for doing jobs around the house than girls are. So, the pay gap is in existence even before they start work. Men aren’t better than women…. it’s a cultural habit.


Women aren’t as good at negotiating pay rises as men.


Just reflect on that for a moment. It is truly significant.


There are countless studies showing that women aren’t as good as negotiating a pay rise and this is because of business culture. It is still a man’s world and can be very aggressive. Women by nature are not aggressive beings. The entire corporate culture needs a good shake up. If women were treated respectfully and valued like the testicle swingers there wouldn’t be an issue here.


Male managers tend to have a positive bias towards men that they may not be conscious of. Male managers hire more men, promote more men and pay higher salaries to men. Fact. BTW 90% of CEOs in the FTSE 100 companies are…. you guessed it…. male!


Men must go to work and earn more than women to support their families.


The problem here is not pay gaps but the extortionate cost of child care! Childcare needs to come down and parental leave needs to be improved. This might stop men being so stressy at work too if they didn’t feel the need to carry all the burden. Removing this from men would give them a better work life balance too.


Women win really because they live longer and get a pension for longer.


What kind of halfwit came up with this one?!


Due to the gender pay gap women earn less than men over their lifetime. This means they contribute less to their pension and ergo their pension is lower! Shockingly 22% of women over the age of 65 are at risk of poverty. Men are 16% more likely. This is clearly wrong for both genders.


Women are so stupid to assume that all companies hate women so pay them less.


Okay stupid! That isn’t what’s being said. There are myriad reasons the gap exists. As already discussed there are other issues such as exorbitant childcare costs, gender stereotyping or being advised to go into lower paid “women’s jobs” like nursing or teaching.


You "feminists" are always whining. Haven’t you got bigger issues to whinge about?
This is the one we hear all the time! Boring! The fact that “feminism” still exists in 2017 tells us a lot.


Okay, mostly the British culture is egalitarian and we can dress as we please and the majority of us can choose our own partner if we want one, however, the pay gap does exist and has far reaching effects on society. This article is well worth a read.


We will complain as long it takes for us to have equality in every area of life and we won’t be feeling guilty about it. I can’t imagine there is any man out there who wants to see his wife, daughter or mother treated as less worthy than himself? Wanting equality is not just a female endeavour, plenty of men completely agree with us. I loved this humorous meme! 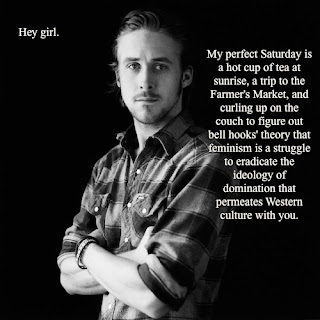 Not sure about you, but I want to be treated equally not almost equally? Ask the person who comes out with such a daft statement about “feminists” how they would feel if the boot was on the other foot?


Women don’t earn as much for a business as men do so it is sound business sense to pay women less.


Gender pay discrimination does not make economic sense as companies perform better financially when they appoint more women to management roles. A 2011 survey by Catalyst found that a boardroom consisting of 19 to 44 percent women achieved 26 percent more return on capital employed than businesses with no female board members. Furthermore, businesses make it difficult for themselves to create great women managers to senior roles as they know they will be remunerated poorly in comparison to males in the same roles.


What kind of arguments have you heard to justify the gender pay gap? I would love to know! Have you got any witty answers to these attempted justifications? Please do leave your answers in the comments section below…………


Have a great day!

Popular posts from this blog

GUEST BLOGGER KAZ MOLLOY DISCUSSES THE "WOMB CANCER SCANDAL". A MUST READ FOR ALL WOMEN. AGE IS NO DISCRIMINATOR.

August 15, 2018
Guest Blogger Kaz Molloy writes about the great “womb cancer scandal” for Savvy ‘n’ Sassy readers today. Her message is powerful, and a must read for all women, young and older alike. Her words are from the heart. She has survived womb cancer but it has left a profound effect on her life. Please read and please, please share. It is easy to hide and not look at articles like this because we get scared. There is no need to be scared. Knowledge is a life saver. Who wouldn't want to know about the most common but sadly under discussed symptoms  of womb cancer?
I was diagnosed with womb cancer at the end of Dec 2009, aged 46. I had never heard of it and knew nothing about it. I didn’t know that it was the most common gynaecological cancer and that it can affect women of all ages.
After my treatment ended I decided to do something about the lack of support out there for women who had been diagnosed with womb cancer and also about the lack of awareness there was about this cancer.
So in Apr…
Post a comment
Read more

READING THROUGH THE MONTH OF LOVE! Check out the #CultureQueens curation for February

February 06, 2019
February is the month of love so this months curation has a love theme! I'm not talking slushy stuff but all types of love.
I hope you love my choices, do let me know!

May 16, 2018
Hey you, savvy 'n' sassy lady! I hope you are having a good week. I don’t know about you but, as I am getting older I am frequently finding that I am less seduced by “things” and increasingly looking at how I can save a bit of cash here and there by finding ways to reuse “stuff” or by “buying wiser”. For me this has been really noticeable with regards to “beauty stuff”. Yes I have been guilty I've buying every promise or new tool, haven’t we all? The problem I have is two fold. Often, whenI look at the ingredients of products I realise how easy and cheap they are to find elsewhere and also, there is that question of recycling/upcycling. I am sure many of us are appalled at the amount of waste and damage we are doing to the planet which we will leave as a legacy to our younger family members.


With this in mind, I have made a huge effort to avoid unnecessary purchases and ways to recycle or at least reduce my carbon footprint. I am truly pleased to share them with you today an…
Post a comment
Read more