Helloooooooo!
Are YOU dying to be thin? 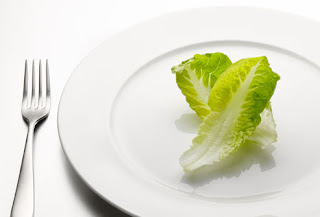 I hope life is treating you well and that you are happy and healthy.
Today's blog article is about the ever increasing problem of adult eating disorders. It is highly likely that you or someone you love may experience this, so please read on! 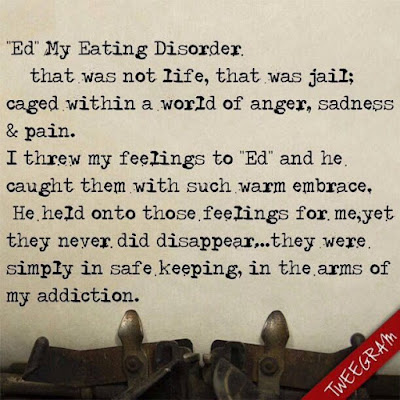 If I say anorexia, bulimia or binge eating do you automatically envisage adolescent, white, middle class girls pushing a single leaf of rocket around a plate? The answer is probably yes as this is the group we traditionally think of as suffering the living hell of an eating disorder. As an educator, I came to realise that young men can also experience this phenomenon too. I once had a class of law students where three girls and one boy were competing to see who could eat the least. They were literally fading away in front of me. Of course, I sought help for them, before you ask! But be aware that eating disorders are not the preserve of young people.


Frighteningly, in the last eleven years there has been a reported increase in late onset eating disorders of 42%. (ref.1) The University of North Carolina opened an Eating Disorder programme in 2003 for teens. Today over 50% of its patients are 30 years old and over. At first I found this surprising but it did get me interested given my age! The good news is that 50% of older women can fully recover following a treatment programme.
It is fair to surmise that EDs are not actually about food per se. We must recognise that they  are a serious mental illness with many catalysts. It is also the mental disorder with the highest rate of suicide. I find that truly shocking.
Sondra Kroneberg (ref.2), discovered that women with extreme behaviour personalities are more prone to EDs. For example, if she reads that sugar is unhealthy, rather than be selective about refined sugars she understands it to mean ALL sugars. Clearly our bodies need sugar to function.
The recent explosion of super healthy living and the growing swathes of people believing they have "food allergies" allows them to indulge their need to control food but it is disguised and validated as a healthy lifestyle. Of course there are people with terrible food allergies, but these are life threatening or life inhibiting and are not EDs.
What triggers an ED in older women is not so easy to understand. There is a lack of research on the subject. This can lead to misdiagnosis which in itself is dangerous. Furthermore, women may be loathe to go to their GP as they believe that because they are an adult they should know better. If this is you, being an adult is not relevant at all. If you are unwell you need help and you do not need to be embarrassed.


In a previous article, I wrote Mid Crisis? Transition or Damned Good Fun? I suggested that that the over 45s are in a transitional period where we may be looking to reinvent ourselves or going through some very difficult times. Cynthia Bulik(ref.3), an US psychiatrist has reported that triggers such as divorce, infidelity or the death of a loved one can in fact precede an ED in us mid-lifers. She further reported that divorce can set off a series of dangerous events as one realises that they are “back on the market” and begin to take extreme measures to change their appearance. I have seen this first hand within my broader friendship group.


Arguably, there is a culture of being unhappy with our lot. We see the fashion, cosmetic, and diet industries constantly planting ideas in our head which act like brain worms and build upon our discontent. Furthermore, we see images of beautiful older celebrities like Iman, Sandra Bullock, Madonna and Elle McPherson. What we fail to realise is that 99% of the time these images are not real. They are airbrushed to the enth degree! We struggle to achieve the unachievable, the non-existent. 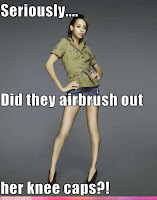 Perhaps this explains why the Journal of Eating Disorders reported that 70 % of the over 50s have been on a diet for at least 50% of the last 5 years. Disordered eating was reported as affecting 13% of the over 50s.(ref4)
The most prevalent ED amongst older women is binge eating disorder (BED). It is an illness where people regularly binge on large amounts of food. They will often plan ahead and get lots of binge food in and they will eat it all even if they are not hungry, sometimes in secret. BED is associated with negative emotions such as guilt, disgust and embarrassment. One of the many issues arising from this is that sufferers will usually gain weight. This then fuels the cycle of bingeing as negative emotions take over once again. For more information on BED please click here .


Still think it’s an adolescent thing? Well, reportedly 70% of deaths from anorexia are in the mid age range, not adolescents. B-eat, a leading UK eating disorder charity, are reporting a very noticeable increase in mid lifers contacting them for help. So, something is going on and we need to be very much aware of this.I  mentioned earlier that the number of deaths through anorexia is higher in mid aged groups. Why is this?
It is frequently put forward that it is because of a lack of awareness amongst medical professionals that EDs are increasing in mid agers. I visited the NHS website to see what they had to say. Interestingly the ED page is aimed at young people and their parents. Obviously, it is great that there is info’ for parents out there, and I am supporter of the wonderful NHS, but we need guidance out there that relates to us too.
If there was more awareness, then maybe more overs 50s would present to their GPs. Various research projects show that older women, feel that EDs are for young people. They suffer with guilt about being an older woman who will be viewed as silly for getting into such a mess. They feel they will be stigmatized. One contributor on a health forum reported that their medical professional had asked her if she didn’t think she was a bit old for an ED. I am hopeful that most practitioners would not react like this but once is too often. (ref.5)
Whilst the myth perpetuates that eating disorders are for the young too many older people will struggle and even die. When we are older the illness can ravage our bodies very quickly. If you think you have an ED or a friend or family member does please encourage them to seek help. EDs are curable and there are many different types of treatment available. Being free from the misery of this terrible illness means life can once again be for living.


If you need more information or help I have discovered a very approachable charity,B-eat whose website is funded by the Amy Winehouse Foundation.
They have helplines, message boards, support directory, online groups, peer groups, and regional projects.

I hope that this has been useful for you or a loved one. We have a private Facebook Group - Savvy 'n' Sassy - refuse to be invisible. Please come along and join us .


Have a peaceful week,
Namaste, 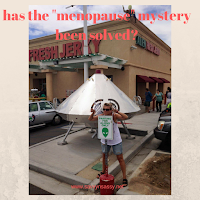 Popular posts from this blog

GUEST BLOGGER KAZ MOLLOY DISCUSSES THE "WOMB CANCER SCANDAL". A MUST READ FOR ALL WOMEN. AGE IS NO DISCRIMINATOR.

August 15, 2018
Guest Blogger Kaz Molloy writes about the great “womb cancer scandal” for Savvy ‘n’ Sassy readers today. Her message is powerful, and a must read for all women, young and older alike. Her words are from the heart. She has survived womb cancer but it has left a profound effect on her life. Please read and please, please share. It is easy to hide and not look at articles like this because we get scared. There is no need to be scared. Knowledge is a life saver. Who wouldn't want to know about the most common but sadly under discussed symptoms  of womb cancer?
I was diagnosed with womb cancer at the end of Dec 2009, aged 46. I had never heard of it and knew nothing about it. I didn’t know that it was the most common gynaecological cancer and that it can affect women of all ages.
After my treatment ended I decided to do something about the lack of support out there for women who had been diagnosed with womb cancer and also about the lack of awareness there was about this cancer.
So in Apr…
Post a comment
Read more

READING THROUGH THE MONTH OF LOVE! Check out the #CultureQueens curation for February

February 06, 2019
February is the month of love so this months curation has a love theme! I'm not talking slushy stuff but all types of love.
I hope you love my choices, do let me know!

May 16, 2018
Hey you, savvy 'n' sassy lady! I hope you are having a good week. I don’t know about you but, as I am getting older I am frequently finding that I am less seduced by “things” and increasingly looking at how I can save a bit of cash here and there by finding ways to reuse “stuff” or by “buying wiser”. For me this has been really noticeable with regards to “beauty stuff”. Yes I have been guilty I've buying every promise or new tool, haven’t we all? The problem I have is two fold. Often, whenI look at the ingredients of products I realise how easy and cheap they are to find elsewhere and also, there is that question of recycling/upcycling. I am sure many of us are appalled at the amount of waste and damage we are doing to the planet which we will leave as a legacy to our younger family members.


With this in mind, I have made a huge effort to avoid unnecessary purchases and ways to recycle or at least reduce my carbon footprint. I am truly pleased to share them with you today an…
Post a comment
Read more